EVIL INVADERS is often described as one of Europe’s most promising progressive traditional Metal acts. An unstoppable roller coaster ride of tempo switches and twists. From Thrash to Death and from Heavy to Progressive Metal, EVIL INVADERS guide you through a relentless and twisted journey which every Extreme Metal music fan should and will relate to!

In just a few years, Belgian speed thrashers Evil Invaders have become a staple of the European heavy music scene. Relentless touring saw them forge an enviable live reputation even before their self-titled debut EP dropped in 2013. Their soaring popularity brought attention from major labels and Napalm Records was quick to snaffle them up. On the heels of several successful European tours – and a one-off show in Osaka, Japan – they hit the studio to complete their first full CD. With nine neck-wrecking tracks, ‘Pulses of Pleasure’ (2015) is a hard-hitting and uncompromising thrash record. Evil Invaders are not trying to reinvent metal. On the contrary, their music is a throwback to (mid-)80s thrash and heavy metal and is characterised by high-pitched vocals, furious riffing, face-melting solos, a rhythm section as tight as a duck’s arse and tons of aggression. 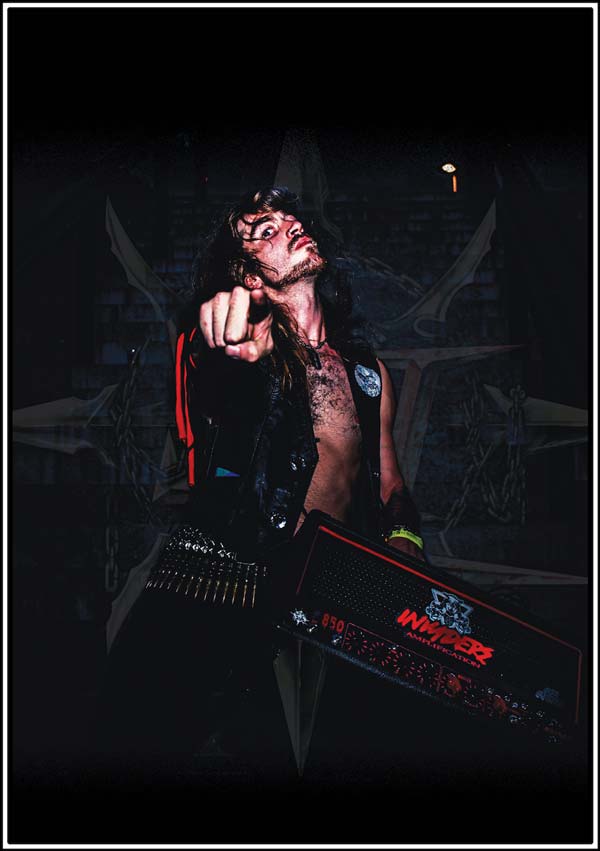